Skip to main content
About Bsee / Our Organization / History

Bureau of Safety and Environmental Enforcement 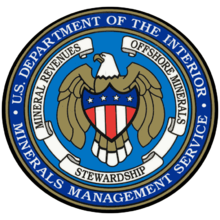 The U.S. Government began regulating the offshore energy and mineral extraction industry in the late 1940s, but its jurisdiction was not firmly established until passage of the Outer Continental Shelf Lands Act (OCSLA) of 1953. From 1953 until 2011, predecessor agencies, including the Mineral Management Service (MMS), which operated from January 19, 1982, until it was dissolved on October 1, 2011, regulated activities on the Outer Continental Shelf (OCS).  After the Deepwater Horizon tragedy in April 2010, Secretary of the Interior Ken Salazar signed a Secretarial Order on May 19, 2010, dividing MMS into three independent entities to better carry out its three missions:

MMS was renamed Bureau of Ocean Energy Management, Regulation and Enforcement (BOEMRE) to more accurately describe the scope of the organization’s oversight. Michael R. Bromwich, was chosen to lead BOEMRE in June 2010, to reform the government’s regulation of offshore energy development and the agency responsible for it.

An implementation plan published by the Department of the Interior (DOI) in July 2010, called for restructuring DOI’s offshore energy management responsibilities, detailing a transition that would begin as early as October 1 and be completed in 2011.

In the place of the former MMS – and to replace BOEMRE – the federal government created three strong, independent agencies with clearly defined roles and missions. MMS – with its conflicting missions of promoting resource development, enforcing safety regulations, and maximizing revenues from offshore operations and lack of resources – could not keep pace with the challenges of overseeing industry operating in U.S. waters.

The reorganization of the former MMS was designed to remove those conflicts by clarifying and separating missions across three agencies and providing each of the new agencies with distinct missions and additional resources necessary to fulfill those missions.

On October 1, 2010, U.S. government completed the first stage of the BOEMRE reorganization, creating the Office of Natural Resources Revenue (ONRR.)

Residing under the jurisdiction of DOI’s Office of Policy, Management and Budget. ONRR collects, accounts for, and verifies natural resource and energy revenues due to states, American Indians, and the U.S. Treasury.

The final stage of the reorganization of BOEMRE became effective October 1, 2011, when it split into two independent entities: the Bureau of Safety and Environmental Enforcement (BSEE) and the Bureau of Ocean Energy Management (BOEM.)

BSEE was created to promote safety, protect the environment, and conserve resources offshore through vigorous regulatory oversight and enforcement. The bureau is the lead federal agency charged with improving safety and ensuring environmental protection related to the offshore energy industry, primarily oil and natural gas, and most recently renewable energy, on the U.S. OCS.

Specifically, the separation of BOEM and BSEE:

Since the first offshore well was established off the coast of California in the early twentieth century, America has seen a rapid expansion of oil and gas exploration in the marine environment. BSEE’s creation on October 1, 2011, resulted in continuous regulatory standardization and enhancement, establishing  protocols to meet the nation’s energy needs while safeguarding our oceans, coastlines and the marine life making their home in and around the facilities and activities we regulate.  The creation of BSEE was the most recent effort to learn from the past and establish a focused regulatory authority staffed with subject matter experts.

Directors of the Bureau of Safety and Environmental Enforcement (BSEE)