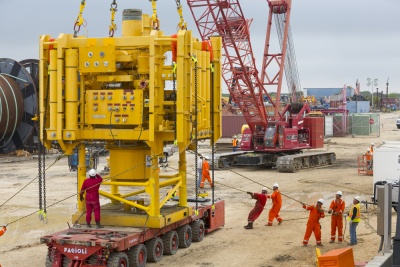 WASHINGTON— With many of the Well Control Rule provisions set to take effect in less than a week, on July 28, Bureau of Safety and Environmental Enforcement (BSEE) Director Brian Salerno today reminded his senior staff to provide timely responses to any questions the agency receives. “So far,” Salerno commented, “we have answered almost fifty detailed questions that have come in since the final rule was published in April.” Salerno had earlier instructed his staff to post questions and corresponding answers on the Bureau’s website at BSEE.gov.

Officially titled the “Oil and Gas and Sulfur Operations in the Outer Continental Shelf-Blowout Preventer Systems and Well Control” rule, BSEE published the final version on April 29, with an implementation date set for 90 days following publication. That sets July 28, 2016 as the date when operators must be in compliance with most of the new regulations.

The rule enacts the recommendations of the Deepwater Horizon commission and formalizes standards that are widely seen as industry best practices. Although “most” provisions take effect next Thursday, a number of requirements will be phased in over several years. “We think we’ve been very fair in terms of the timetable,” Salerno said, “allowing as much as seven years before implementation of the final phase.” Salerno added that he hoped, “the industry will, as some have already been doing, implement the safety features as soon as possible.”

To assist operators with any final questions, BSEE will host a well control rule workshop August 17, 2016 in the Bureau’s Houston office located at 1919 Smith Street in downtown Houston.

In addition to addressing items implicated in the Deepwater Horizon tragedy, the Well Control Rule also makes mandatory certain practices that were recommended by the American Petroleum Institute.  Some of the major provisions in the rule include mandates that require blowout preventer systems equipped with both drill pipe centering technologies and dual shear rams, rigorous third-party certification of shearing capability, real-time monitoring of higher risk drilling operations, and reporting of safety equipment failures in order to address potential systemic problems in their early stages. This subset of items, Salerno suggested, “demonstrates the type of logical provisions the Well Control Rule contains.” A stalwart for safety, he emphasized, “Compared to the potential loss of lives and resources, and the damage that a spill can inflict, the costs of implementation will save money in the long run.”